Risks for health and the workplace

VOCs (volatile organic compounds) or VOSs (volatile organic substances) are organic molecules of various sizes, often used as solvents, that are released into the air after certain processes. They can cause a wide range of effects ranging from sensory discomfort to serious health alterations. High concentrations in indoor environments can cause damage to several organs and body systems, particularly to the central nervous system. Some of these have also been recognised as carcinogens in humans (benzene) or animals (carbon tetrachloride, chloroform, trichloroethylene, and tetrachloroethylene).

Aliphatic hydrocarbons: chemicals containing carbon and hydrogen, connected by single bonds. They make up a large percentage of petroleum and are used heavily as fuel.

Alkenes: types of hydrocarbons with double bonds. They derive from production processes used in the petrochemical industry and are very important intermediates for the synthesis of many compounds.

Alcohols: used widely as solvents or intermediates in high level chemical processes. They are becoming increasingly important in the automotive fuel sector.

Ethers: these are used in specific contexts, where they can be found as contaminants of the air. One example is THF (tetrahydrofuran), which is used as an industrial solvent, while MTBE (methyl tert-butyl ether) is widely used as an anti-knock agent in green petrols.

Halogenated organic compounds: large quantities of halogen derivatives, aromatic or aliphatic, are used in industrial applications. These compounds are generally volatile, hydrophobic and toxic, and they are used as pesticides and refrigerants.

Organosulphur compounds: these compounds do not constitute a serious problem for the environment at large, but they can be harmful on the local level. Human activity produces them through the treatment of animal waste and wastewater, and also in petroleum refining processes.

Nitrogen organic compounds: this category includes a large number of chemicals (amines, amides, nitriles, etc.), which are used in a wide range of sectors. These include the production of colourants, pharmaceutical chemistry and cosmetics, photography, and the production of rubber and polymers.

Contact us to request a quote or an inspection 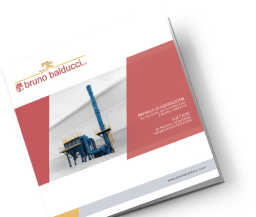